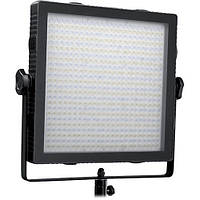 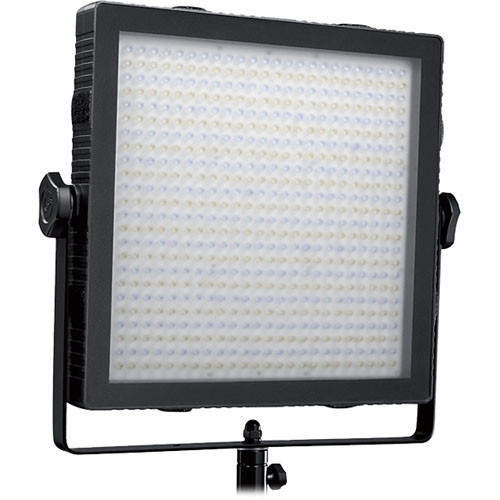 LED light sources for image makers have been around for quite some time now, with everyone throwing their hat in the ring regarding on-camera versions and a few big players producing large free-standing panels. When uber-tech innovator, Academy Award winner Dedolight weighs in with a new panel, however, it tends to cause a stir.

It's called the Felloni and was reportedly named by Dedolight founder Dedo Weigert, himself. Is it a play on Fellini, substituting the "o" from Dedo? Opinions vary but what doesn't is the buzz that this is an extraordinary light. Or should we say 30 lights? The lights are produced in 3 general categories, Standard (324 LEDs), High Output (576 LEDs) and Low Profile (324 LEDs). Within each of these categories are tungsten, daylight and bicolor iterations and within these sub-categories are 15°, 30° and 50° units. What they all have in common are claims of higher output with lower power consumption than competitors, a CRI of 84 and V-Mount and D-Tap battery interfaces. All versions come with a multi-voltage AC power supply, diffuser, metal filter holder strips and an 8' cable to dismount the on-board dimmer and turn it into a wired remote.

This Dedolight Felloni Tecpro 30° High Output Bicolor LED Light runs on 576 LEDs and has an ideal medium beam angle which will make it your go-to light. Nearly doubling the amount of LEDs enables the Felloni to produce nearly double the output as compared to the Standard Version. The bicolor LEDs are variable in fine steps from 3200 ― 5600K covering the tungsten to daylight balance range. This is the perfect light when speedy setup is of paramount importance. You can forget about fumbling with gels and gaffer's tape and just start shooting. The 1 x 1', 4.4 lb panel is virtually heat-free, so you can squeeze it into places where other lights just can't go without worrying about harming the talent. It's also rainproof and upgradable with the purchase of an LCD dimmer or DMX module. A wireless DMX module is in the works.