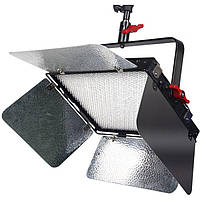 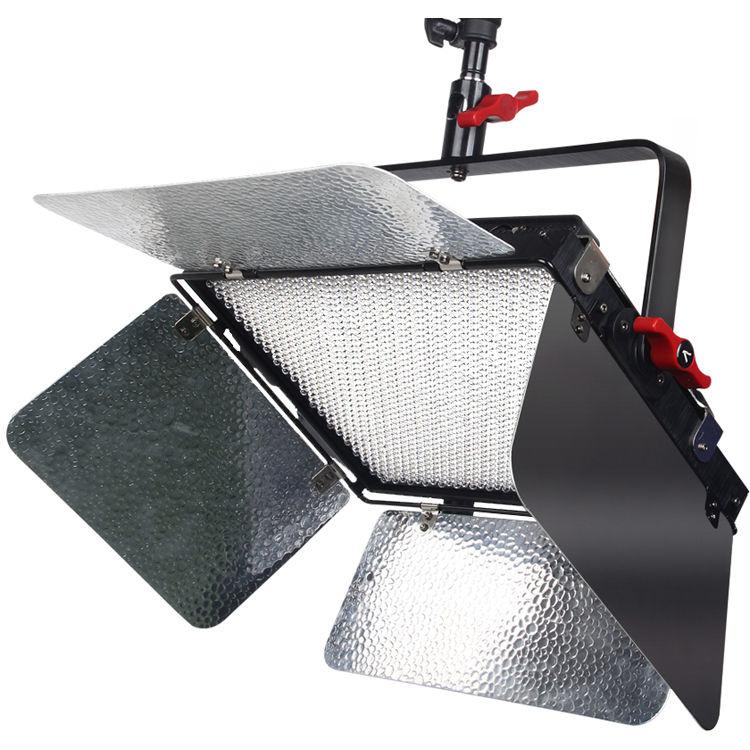 A sleek LED panel with a CRI of 95 and beam angle of 45°, the Light Storm LS 1c from Aputure includes the LED fixture along with a dedicated controller box.. Aside from providing AC power to the unit, the included controller box also enables wireless dimming control using the included remote. Four groups and three channels can be employed for quickly switching between different looks.

The Light Storm LS 1c features a slim and durable aluminum alloy housing along with a manual yoke for versatile positioning. A four-way barndoor set offers greater control over the light and ten sheets of included diffusion paper also helps to produce an even, diffuse quality of light. The light control separation design, afforded by the controller box, also maintains a low center of gravity for easier placement of the fixture and easier switching of batteries during use.

·         Aluminum alloy construction is both durable and sleek for use in a variety of conditions.

·         Manual yoke allows for variable positioning. Additionally, a four-way barndoor set is incorporated into the design for further control over the beam.

·         Ten sheets of acid-free, smooth surface diffusion paper is included to broaden the light quality, reduce the output to 85%, and provide an effective 180° beam angle.

·         A LEMO-style connector is used between the controller box and light fixture for convenient, one-handed installation and removal of the included connection cable.